The Amsterdam Joffers are coming to Villa Mondriaan

From 1 October onwards The Amsterdam Joffers are on show at Museum Villa Mondriaan. Ansingh, Bauer-Stumpff, Van den Berg, Bodenheim, Van Regteren Altena, Ritsema, Surie and Westendorp-Osieck met each other between 1893 and 1908 at the Rijksakademie in Amsterdam. A number of them studied there at the same time as Mondriaan. The art market for a long time focused on originality and male artists, a climate in which Mondriaan’s art thrived. With his innovative geometric-abstract compositions, he became a world-famous artist. The Joffers, on the other hand, were less appreciated by the art critics of the time with their classic figurative still lifes and portraits. Yet they were successful artists, distinguishing themselves in the male art world. This autumn, Villa Mondriaan will lift the Amsterdam Joffers out of obscurity.

The name Amsterdamse Joffers was introduced in 1912 by the art critic Albert Plasschaert. The individual artists he referred to were too different to be considered an artists’ group, but the name was used by the Joffers to exhibit together and to hold their own in the male-dominated Dutch art world. Until well into the 20th century, the view was that a woman’s destiny lay in marriage and motherhood and that she should therefore not earn her own money. Nevertheless, the Joffers chose professional artistry with complete conviction… and with success.

The Amsterdam Joffers came from the well-to-do middle class and a number of them came from artistic families. During the course of the nineteenth century, there was also a greater acceptance of female artists. This does not mean, however, that all obstacles for women to develop and present themselves as professional artists had been removed. Some of the Joffers, for instance, faced opposition from the management of the Rijksakademie for them as female students , which was only allowed in 1895. In art criticism, the work of the Joffers was always measured against their gender and often described as posh, charming or elegant. Villa Mondrian now gives the Joffers the stage they were denied for a long time. 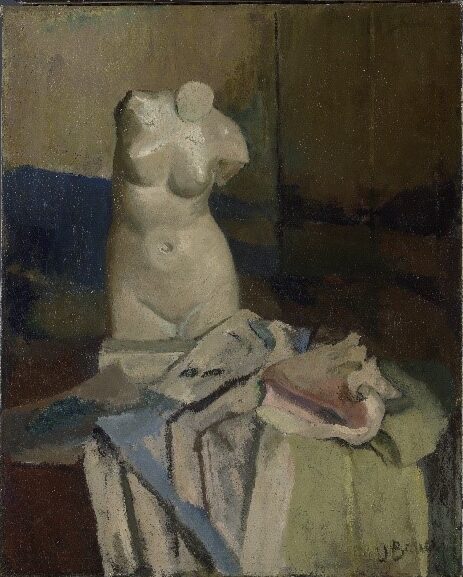