Piet Mondriaan gained world fame in metropolises Paris and New York. But where did young Piet learn to paint and when did he go to the Academy?

Pieter Cornelis Mondriaan was born on 7 march at the Kortegracht in Amersfoort. 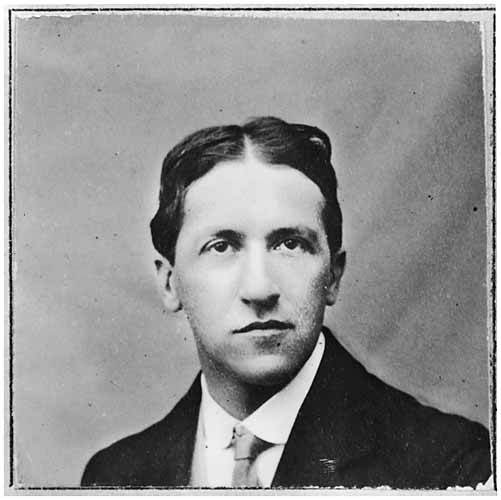 The Mondriaan family moves to Winterswijk. Father Mondriaan becomes the head teacher of the Christian National Education School in Winterswijk. 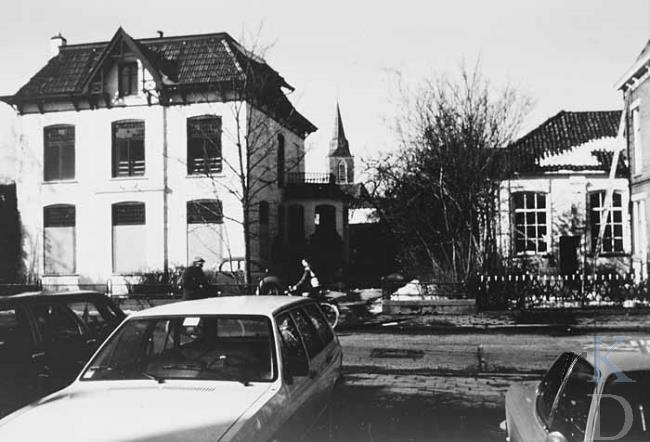 Piet Mondriaan starts studying to become a drawing teacher. He gets painting lessons from his uncle Frits as well, who likes to come to Winterswijk to paint with his nephew. Piet also spends time to practice drawing with his father.

Piet passes his first exam and immediately continues with the second exam to become a drawing teacher. In his spare time he gives drawing lessons at his father’s school.

Piet takes part in his first exhibition. His art is included in Artworks by Living Masters in The Hague. 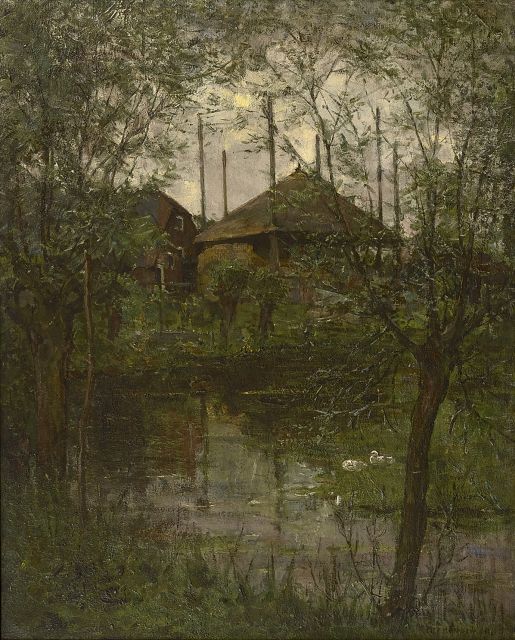 He moves to Amsterdam and starts his study at the Rijksacademie, where he studies full-time for two years and then takes several evening classes.

Piet wants to participate in the Dutch Prix de Rome, but he is not allowed to take part in this prestigious contest due to his poor representation of the human body. 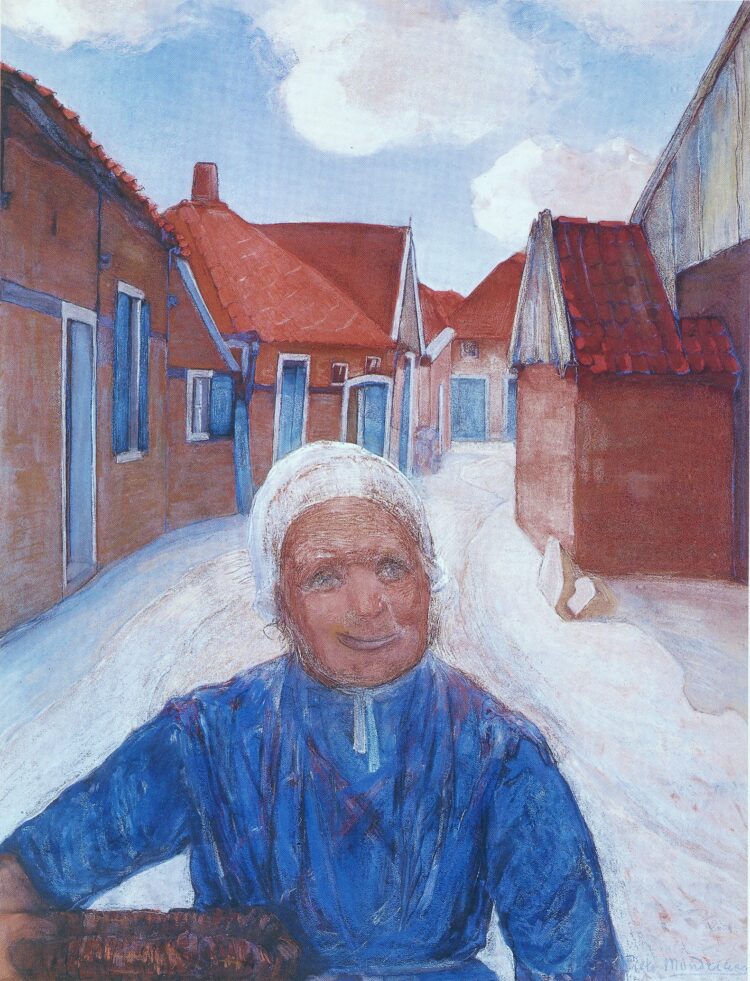 Piet tries again for the Prix de Rome, but is rejected once more for the same reason.

Piet feels that Amsterdam is too busy for him, so he moves to the province of Brabant. There he paints many landscapes of the countryside. 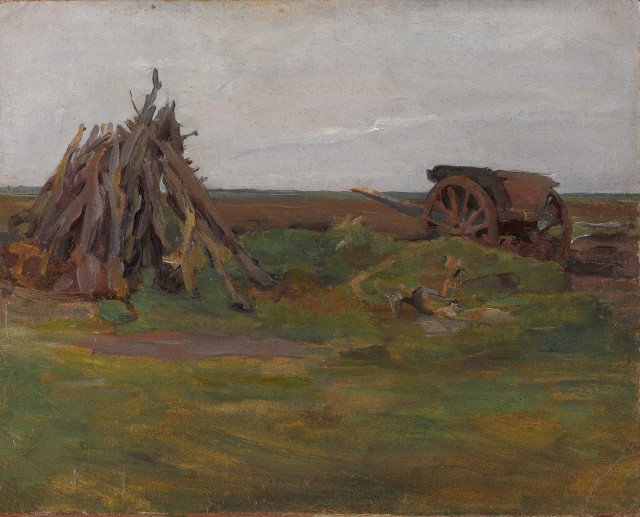 Piet lives in Amsterdam again and becomes a member of a theosophical association, which will influence his work. Theosophy is a combination of religion, science and philosophy. In Theosophy people believe in the unity of man and that everything comes from one unknowable divinity. This means that there is a core of truth to be discovered in every religion.

Piet exhibits his work in an exhibition about modern art at the Stedelijk Museum in Amsterdam. The work of the famous modern artists Picasso and Braque is also shown here.

Piet moves to Paris, where he calls himself Piet Mondrian. His work is becoming increasingly abstract under the influence of Cubism, among others. 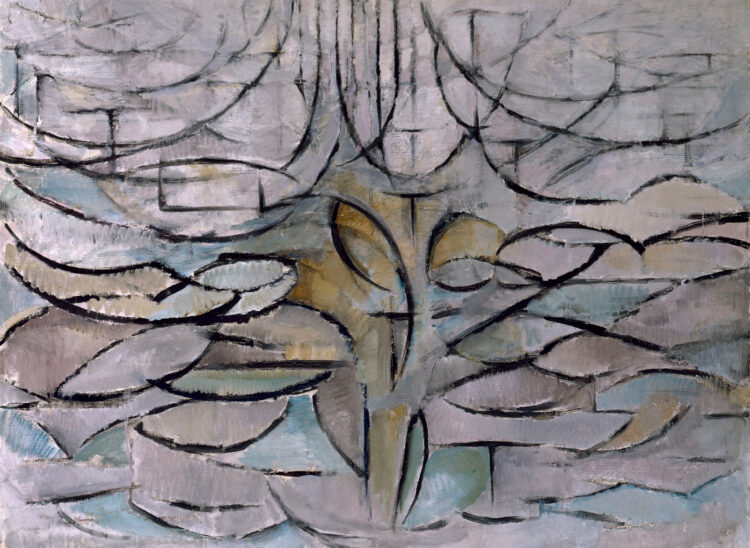 Piet returns to the Netherlands for a family visit. At that moment the First World War breaks out, which means he cannot return to Paris. 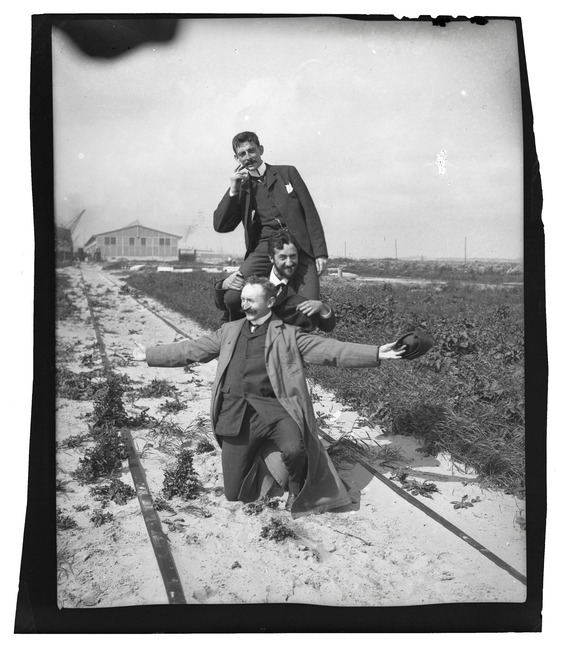 Piet paints Composition with yellow, red, black, blue and gray, his first neoplastic painting with which he achieved great fame. From this moment onward he only works with straight lines, primary colors and the non-colors black, white and gray. 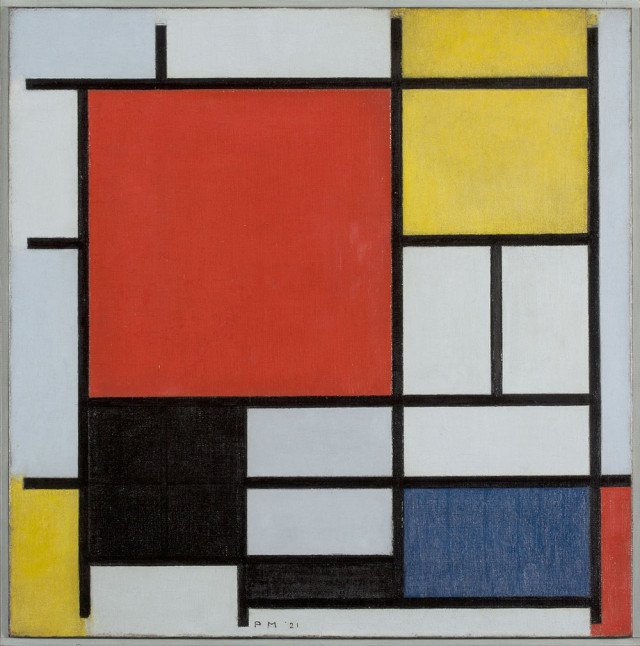 Two of Piet’s works are in the 16th Venice Biennale.

Together with Theo van Doesburg and Alberto Giacometti, Piet becomes a member of the Association artistique Abstraction Création.

Piet leaves Paris for London due to the threat of the Second World War. 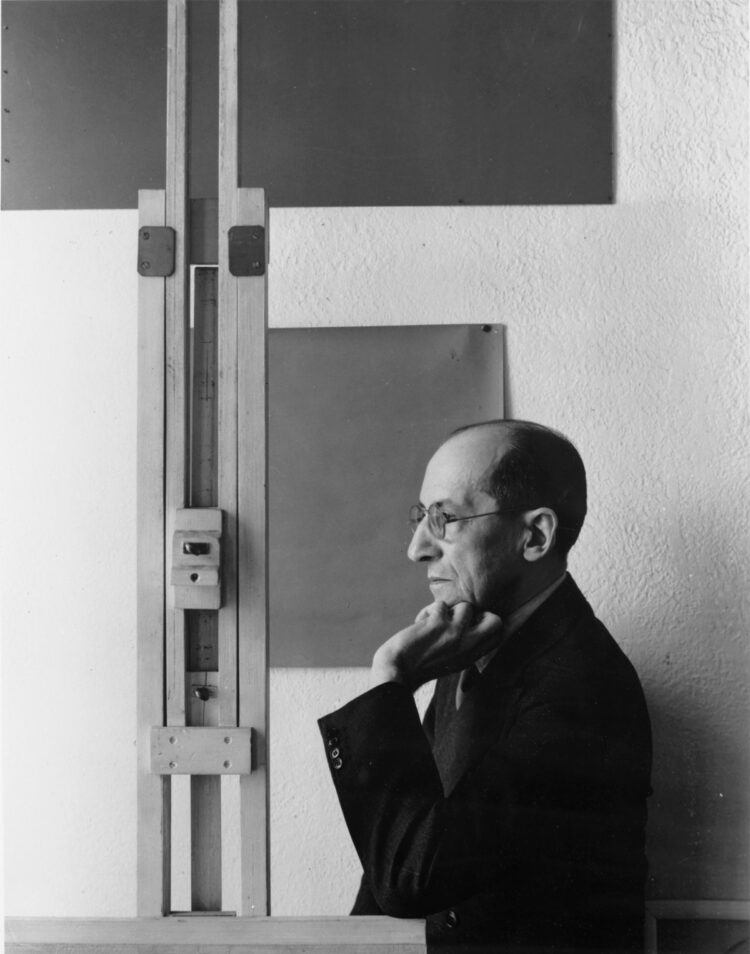 Paris is taken over by the Germans, which frightens Piet. He is afraid that his work will be taken by the Nazis, so he leaves for New York.

Piet is well involved in the social life of New York and has many Avant-Garde artists around him. He loves dancing and jazz music. He starts his work on the Victory Boogie Woogie and the Broadway Boogie Woogie. 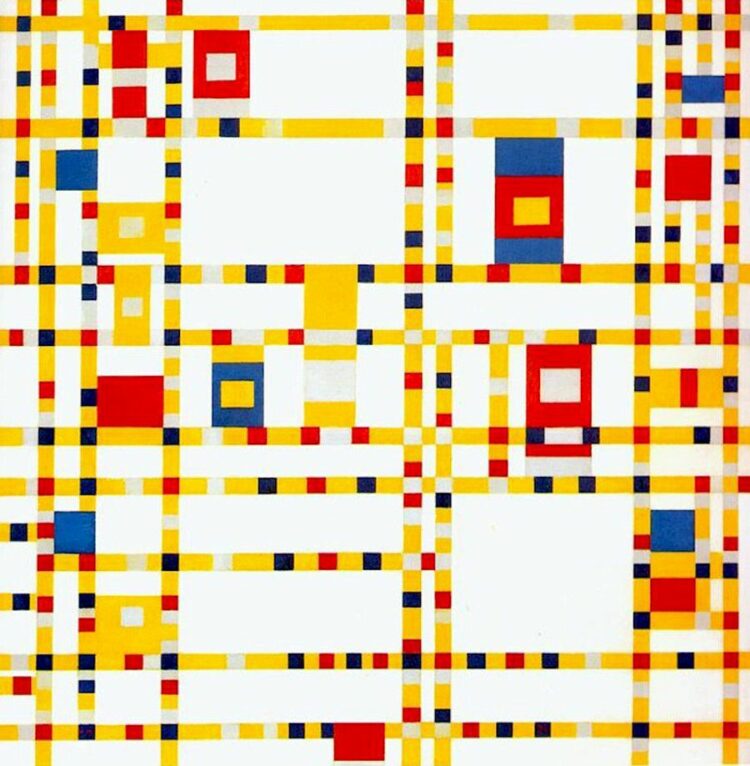 Piet works a lot on the Victory Boogie Woogie. Then a simple cold develops into a severe pneumonia, from which he dies at the age of 71. He dies as a well-known artist; this can be seen, for example, at his funeral. Many artists and art critics come here. Yet he gets a modest grave. 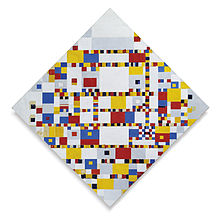 Villa Mondriaan has reopened. From Tuesday to Sunday you can visit the museum from 11:00 am to 5:00 pm.