Using darkness as her main theme, photographer Marie-José Jongerius (b. 1970) is able to transform everyday scenes such as motorways, building sites and palm trees into an almost alien fantasy world. Deep blue colour fields that cover the barely recognisable contours of an industrial site or a deserted car park bathed in light; this depicted world is recognisable, but feels fictitious at the same time. In Nocturnal, the viewer steps into the stillness and alienation of the nocturnal world. 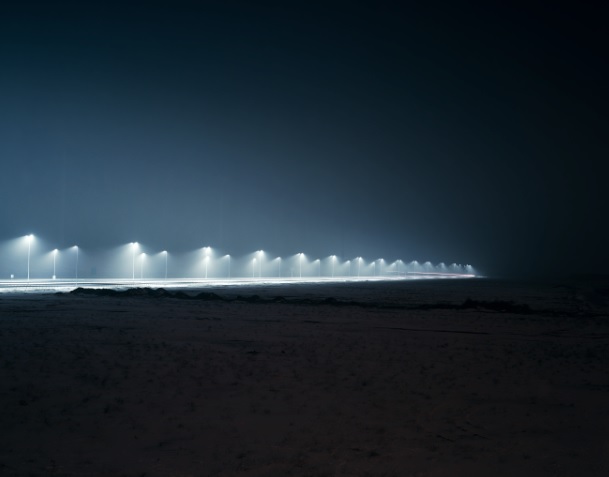 For twenty years, Jongerius has been searching for the boundary between fiction and reality. In doing so, she often seeks out the contrast between the created world and the natural world. Jongerius for instance transforms a normal, turbulent industrial area into a surrealist moonscape, by capturing it in the dead of night. The machines, the buildings, the artificial light sources; all the traces of mankind are clearly visible. Nevertheless, the spectator feels alone in this world and looks at the world as if he himself were invisible. The enigmatic landscapes invite us to look beyond the frames of the photograph. What role does mankind play in this world? What sounds would I hear if I were in the middle of this landscape? Will the sun rise again in a few hours? 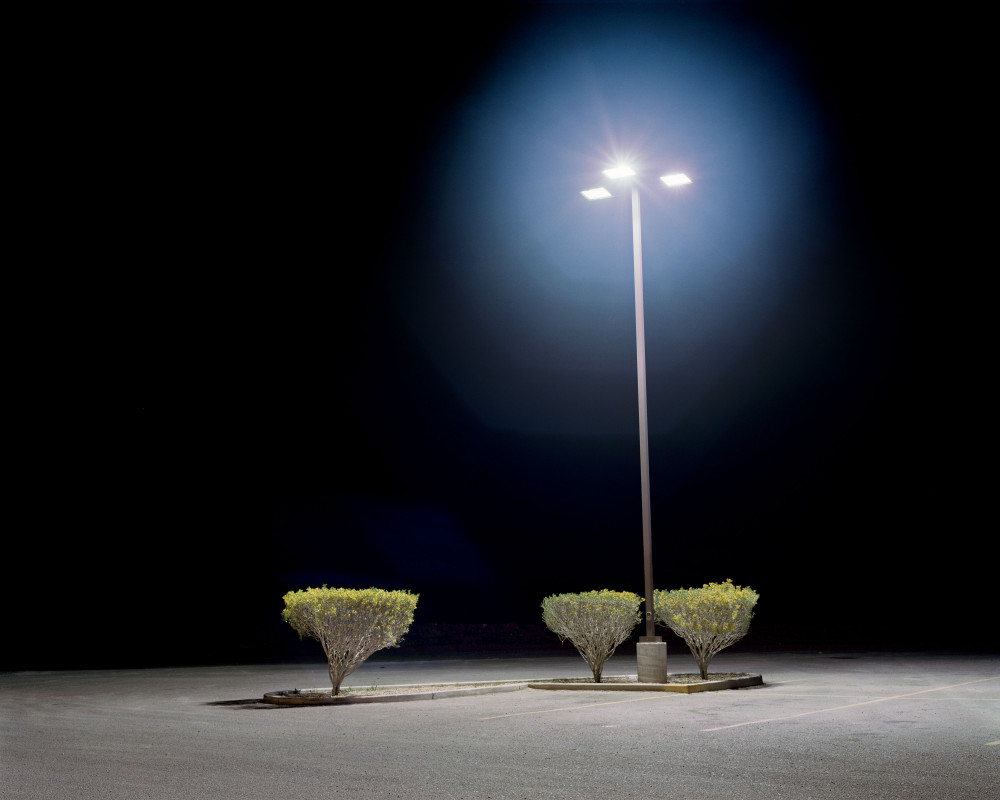