Back to the past

Museum Villa Mondriaan unites three artists who, just over a century ago, organized a much-discussed exhibition of their oeuvre in the Stedelijk Museum Amsterdam. They are Piet Mondriaan, who developed into one of the most influential painters in the world; the popular and much-beloved artist Jan Sluijters and the almost forgotten painter Cees Spoor. In Back to the Past museum Villa Mondriaan reunites them from March 2 to September 16 for the first time since their combined exhibition in 1909.

This exhibition focuses on the early work and talent of the artistic friends. Starting from the early paintings and sketches of Mondriaan, Sluijters and Spoor, the development of their youthful products will be exhibited. The paintings are loans from the exceptional collections of among others the Gemeentemuseum Den Haag, the Kröller-Müller Museum, Museum Voorlinden and the Cultural Heritage Agency of the Netherlands.

The visitor will experience the atmosphere of 1909 in the exhibition Back to the past: Mondriaan, Sluijters and Spoor reunited. The exhibition room has been rebuilt after the fashion of the early twentieth century, inspired by the Stedelijk Museum Amsterdam as it was in those days. 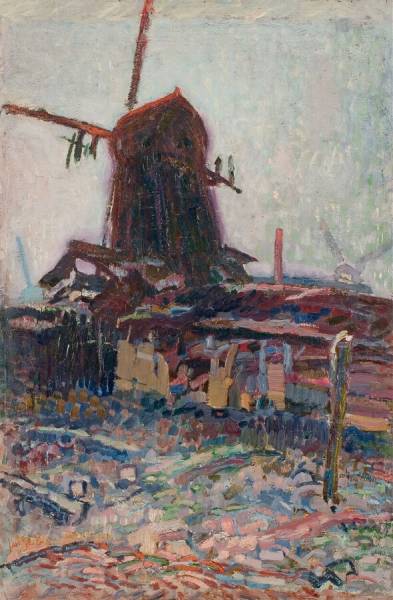