The name Mondriaan is known to everyone, but only few people have heard of De Mesquita. Both artists went against the current fashion of subjectivity and strived towards their own versions of abstraction. De Mesquita sought to eliminate all subjectivity from his subject, essentially creating an archetype. Whereas Mondriaan found the abstraction in the straight lines and primary colours and De Mesquita in generalizing an image to its archetype. Nevertheless, De Mesquita’s work was considered too traditional in the light of the post-war popularity of international modernism and De Stijl, with its emphasis on spontaneity and originality. The exhibition Mondriaan De Mesquita places the two so differently criticized artists in line.

The Mesquita was a well-educated artist, who worked with different media and techniques. He painted in oil, made drawings, watercolours, etchings, woodcuts, decorated fabrics and even developed his own techniques. This diversity also shows in his subjects. When he turned his gaze outward, he drew reality, nature and the people around him. When his gaze turned inward, there were imaginative representations full of wondrous figures, his so-called sensitivist works.

The man of Artis zoo

Exotic plants and animal species were a great source of inspiration for De Mesquita. He was lucky to live near Artis Zoo Amsterdam. He preferred birds and hoofed animals; our exhibition shows many images of these animals. De Mesquita portrays these subjects in his own way: stand-alone, without a clearly recognisable background or as an archetype of their kind. Besides pictures of animals he made many portraits of humans. He chose models from his environment, such as his wife, son and pupils. He drew a portrait with some clear lines, in which both the character of the portrayed and the remarkably strong drawing technique of De Mesquita emerge. This is clearly visible in the portrait of his son Jaap: The curious gaze of the seven-year-old boy has been recorded with minimal lines and the composition is beautifully balanced.

Besides the view of reality, the work of De Mesquita shows a totally different aspect. All of his life he made imaginative representations full of mysterious and fearsome figures. In his time these works were called sensitivist. His imagination was mainly shaped in the line drawing, in the form of an etching or a lithograph. At the end of his life De Mesquita began to make more and more sensitivist work and he drew booklets full of imaginary productions. Most of these works are made without a predefined plan, thoughtlessly. According to his son Jaap, they were made ‘in a trance ‘.

Both men died in 1944, but whereas Mondriaan’s fame grew with his abstract work, De Mesquita’s oeuvre gradually disappeared into the background. In their work both artists focus on the search for abstraction, but their dissimilar approaches to abstraction were appreciated differently. Whereas Mondriaan and De Stijl were considered modern and innovative, De Mesquita’s figurative work and craftmanship was criticised as rather traditional. In the exhibition Mondriaan De Mesquita, this art-historical condemnation is being questioned. Museum Villa Mondriaan highlights the canon of Dutch art history in its own way way by placing the works and lives of Mondriaan and De Mesquita side by side. 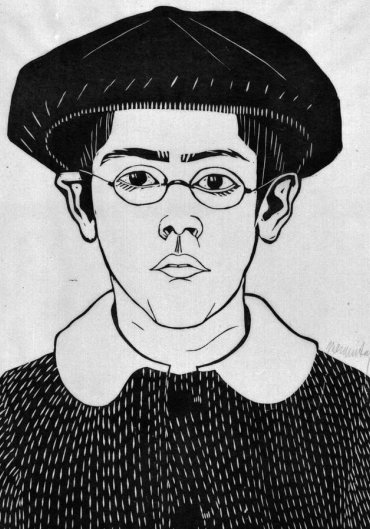